The point where the blade enters the water is called the catch. From the resting point, the water is approached slowly and the catch starts from a maximum of half a blade width between blade and water.

At the furthest point, the extended arms are moved gently upwards from the shoulder, and not with the arms (grabbing) or trunk. This is called the placing of the blade. The arms are preferably stretched and relaxed. The blade largely disappears under water, no force is required. Letting go of the handle(s) gives enough speed to make the catch. 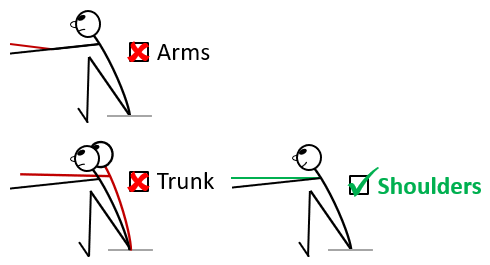 So the complete catch consists of three steps:

The catch takes place on the brief moment the seat does not move.